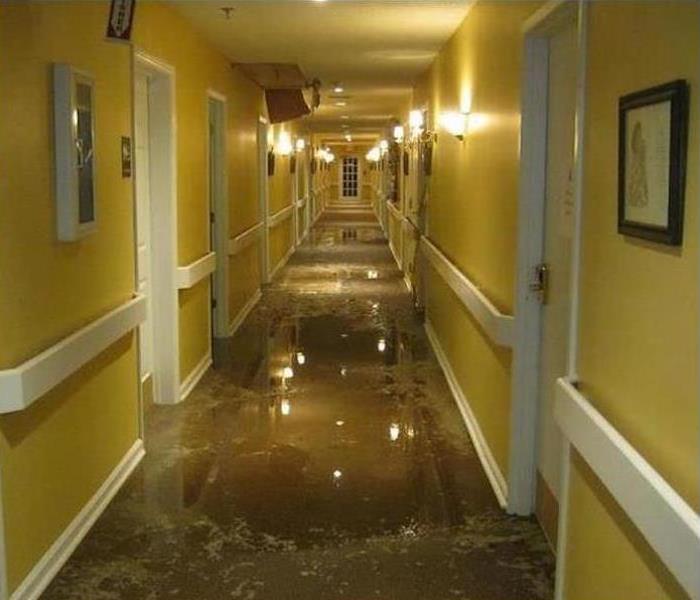 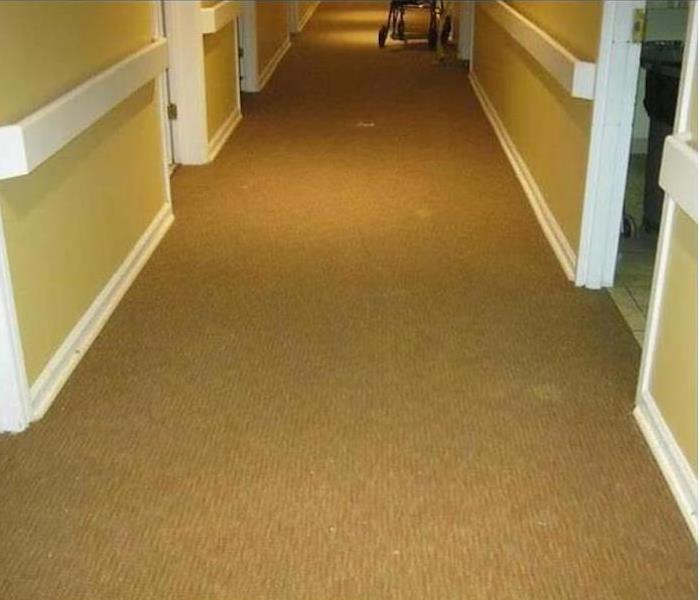 Commercial water damage developed when the automatic sprinkler system inadvertently activated saturating the carpeting on this floor of the hotel in Nashua. Standing water can be seen in the before photo, and several sections of drywall were also saturated. The hotel staff managed to shut off the supply line to the sprinkler system and called SERVPRO of Nashua. We brought in trailer mounted water extraction equipment and began suctioning out the water. We contacted the sprinkler system company that serviced the hotel and brought them in for repairs. Drying was accomplished with the help of commercial air movers and dehumidification equipment. The damaged drywall sections were torn out and replaced after drying.

View More Before & After Photos